Ninety-five percent of the world’s bourbon is produced in Kentucky distilleries and it’s production is rooted deeply in Kentucky heritage, so I convinced Susanne to try some with me at Shaker Village. We tried a Woodford Reserve I’d heard good things about along with a slice of homemade lemon pie.

I captured some very expressive snapshots of Susanne’s first reaction (he he). 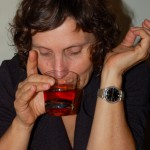 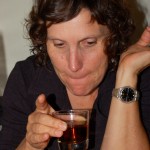 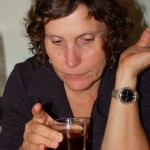 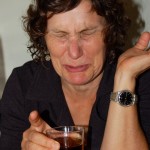 Don’t let the photos mislead you, it did seem to grow on her. I think it just took her by surprise. The experience comes in waves; the sweet aroma, giving hints of caramel or stewed cherries, the mild smoky flavor apparent as it pools in the mouth, the shock of fire when it glides down the throat and then a slow building warmth from the inside of the body moments after it’s swallowed. It’s an intriguing experience and I quite like Woodford Reserve. Though not something I would have regularly, I may enjoy it on occasion.

Lemon pie and bourbon, incidentally, are perfect compliments to each other. This lemon pie, I was told, is a specialty of Shaker Inn made on the premises and I highly recommend it. It had pungent nips of lemon from bits of lemon rind in the sweet tender filling, delicious.

After our treat, we ambled down the broad path under the trees to our building in the dimming light, engulfed by the ceaseless thrum of secedes and crickets. As we approached our building, we were delighted to catch sight of a myriad blinking fireflies. I haven’t seen fireflies since I was a girl on a family visit to my grandmother’s home in Alabama. They don’t show in my photos, but you might be able to imagine them. 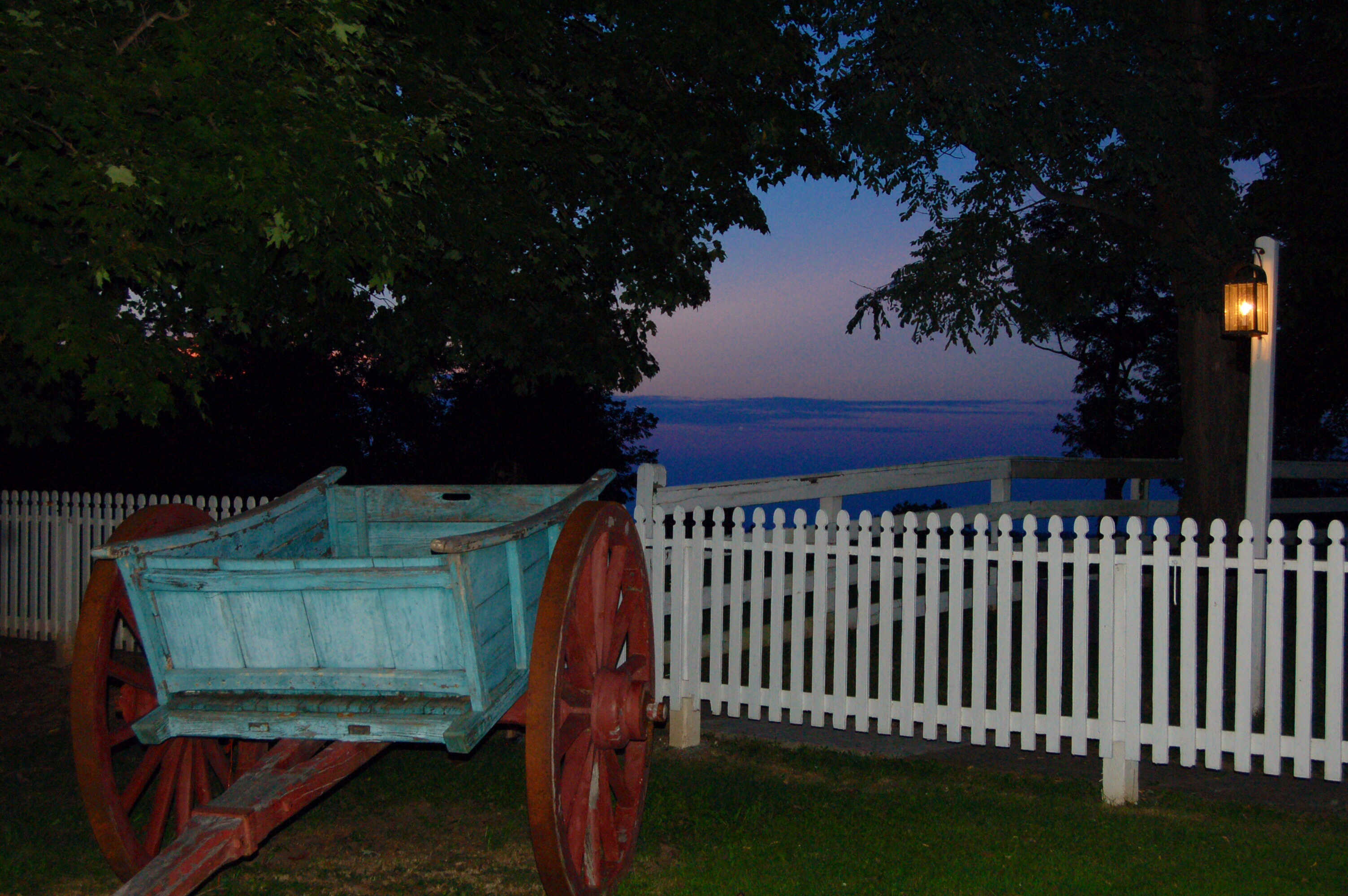 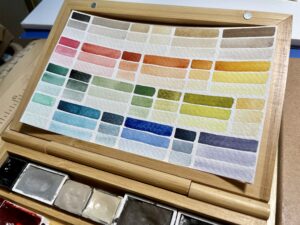 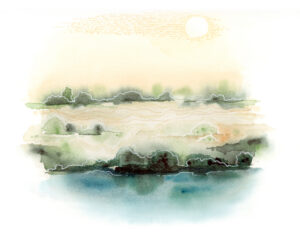 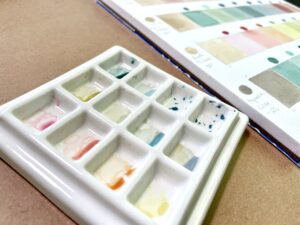